By developing the potential of each individual, building a more intelligent, responsible and open society, and contributing to a more connected and better balanced planet, we aim to bring benefits through our innovations and activities. Our vision is that digitalization is an activator of growth and social development. This is what we are working on in both Benin and in each of the countries where we are present... 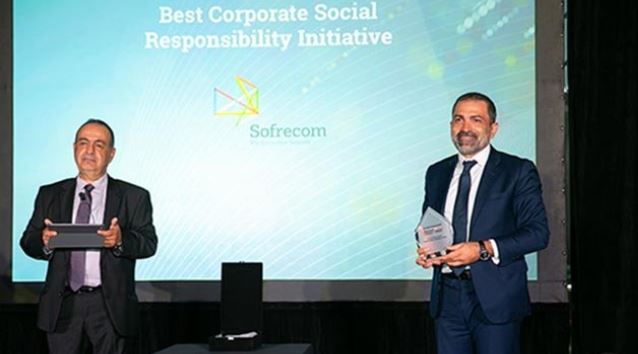 Being involved for several years in the digital transformation of the African continent, Sofrecom, a subsidiary of Orange, actively contributes to the commitment of the Orange group to an inclusive and responsible digital behavior.

The development of digital skills in Africa is one of the key pillars of this commitment.

In light of infrastructure development and to ensure that these deployments are inclusive for the greatest number of people, one of the main challenges for Sub-Saharan African countries is to manage the transition to the digital economy. In addition to the obstacles that should be overcome in terms of investment and equipment, the skills barrier is one of the most significant challenges.

However, it is the skills and capabilities of the men and women in the field that make infrastructure reliability possible (network planning, deployment, and maintenance).

In this context, and thanks to its strong expertise in change management and capacity building, Sofrecom, in partnership with several French actors in the field, has supported the creation of vocational training schools dedicated to digital and telecom related activities, in the countries that desire it.

These schools target young people who have reached secondary education levels or adults in professional reconversion. They offer them quality training, facilitate short-term employment prospects thanks to their close proximity to local companies in the sector, and support the overall development of the ICT sector.

The first project was recently initiated in Benin, co-funded by the Beninese and French governments (FASEP project). Sofrecom has led a number of French partners including the Digital Campus of Montereau, Objectif Fibre, Prysmian and Infranum.

In 2018, Benin launched a comprehensive digital development plan with the ambition of becoming a leader in the sub-region. This program aims to reinforce the deployment of broadband infrastructure and the development of skills in this field.

Already engaged in the monitoring phase of the deployment of very high speed internet in Benin, the fiber school project is the fruit of an initiative undertaken by Sofrecom's teams with the digital development agency and the Beninese telecom ministry. The project was validated by the Council of Ministers on August 19, 2020.

The project aims to develop the employability of young people with no professional qualifications who have reached secondary education levels by enabling them to access the profession of fiber technician. This project leverages the model of the training schools created in France as part of the Fiber Plan, of which the Montereau Digital Campus is a reference in the field.

An operational training, which delivers a technician title recognized by an international certification (French RNCP title).

The two-month training program alternates between theoretical (20%) and practical (80%) classes.

The courses are given on a 600 m2 technical platform that reproduces the real conditions of fiber installation. Students alternate between courses at the school and operational application in a company through an internship.

The identification of trades, equipment, and methodologies, and thus the lessons to be taught, is the result of active listening to the expectations of the local ecosystem.  This high-quality Digital School is deeply rooted in the ICT ecosystem in Benin.

This training leads to the delivery of a technician title recognized by an international certification (French RNCP title).

A project funded by the French and Beninese governments

The project was launched thanks to a donation from the French government (FASEP, managed by the DGT) for the intellectual service and to a fund from the Beninese government for the school's structuring and equipment. The project partners, members of the monitoring club, also contributed with equipment donations (computers, fiber optics, technical and pedagogical material).

Technical platform specifications are adapted from contents validated in France by Objectif Fibre. The Digital Campus of Montereau brings its pedagogical expertise while Sofrecom ensures the project management. A mirror team has been set up by the government of Benin (ASIN, formerly known as the Digital Development Agency) which pilots the project on site.

As a trusted partner in the digital transformation of the African continent, Sofrecom has partnered with specialists in the sector:

Official opening of the school, the 3rd of October 2022

The official inauguration of the School for Digital Professions as well as the commissioning of its technical platform was chaired by the Minister of State Abdoulaye BIO TCHANE, on Monday, October 3rd 2022, in Cotonou.

It is the largest technical simulation platform for learning about fiber optics in French-speaking Africa.

This ceremony brought together several members of the government, the French Ambassador to Benin, and several partners and players in the sector.

Ever since it began operating, 36 learners, including 3 women, have been trained on the 600 m2 plateau.

The last step of this project will be primarily focused on the global assessment of the project including the 2 pilot training sessions, and on the recommendations to pursue the development of the School for Digital Professions and its success.

Testimony : Benin : a fiber optics school as a pillar of a strong digital economy

Back on PDITT project (Project for the development of Telecommunications Infrastructures and ICT), an essential cornerstone of the Government's action programme, "Benin Revealed" aimed at giving a lasting boost to Benin's economy.

Agence Ecofin: Benin: there is no longer a school of fiber optics, but of digital professions https://urlz.fr/jovm

The Nation: Promotion of vocational training: The School for Digital Professions inaugurated https://urlz.fr/jndj