Which services to reap the benefits from a very high broadband network deployment? 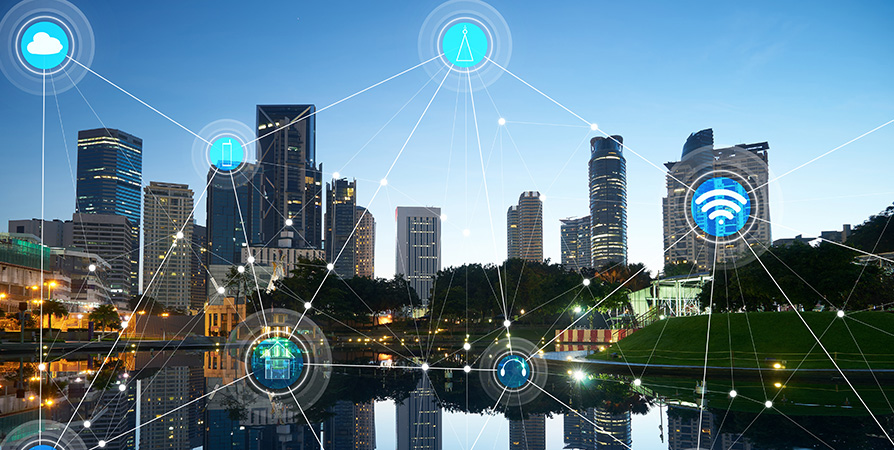 Whether fixed or mobile, a superfast broadband network represents a huge investment for a telecom operator or a government. For this investment to be justified, it must prove its value quickly, for example by generating additional revenues or reducing churn, or by delivering new services that improve the citizens and enterprises’ social and economic conditions.

The perceived benefits of superfast broadband networks will vary according to the services proposed and/or the targets addressed:

1.       In some cases, it’s the improved quality of service and reliability that will be most valued, even before the massive increase in speed;

2.       In other cases, the increased speed and bandwidth will open the door to new data-hungry usages, or facilitate existing but unsatisfactory ones such as the use of cloud services or future 4K content.

3.       And finally, in the specific case of the Internet of Things (IoT) or the development of business services, it is latency reduction – brought by 5G or fiber- that will make usages such as the autonomous car or remote surgery truly possible and safe.

Matching a services strategy with technology choices and market potential

A 2017 study showed that broadband tariffs are the highest in the some of the poorest countries: while Britons pay 43 USD on average per month, people in some African countries have to pay over 700 USD for an equivalent service.

Several factors impact this pricing, the costs of deploying the network and the level of competition among others.

Nevertheless, if the objective is to democratize the access to broadband to facilitate the access to or the purchase of new services, a preliminary study of the potential market is essential.

Technological choices may also be adapted by geographical zone according to this study, to find the right balance between bandwidth, quality and price.

All over the world, enterprises already use fixed or mobile connectivity services to run their business. Yet the performance of such services is not always the highest, affecting their productivity.

Thanks to superfast broadband, enterprises will be able to make the most of cloud computing, for storage or back-up, or to use software-as-a-service with a pay-as-you-use model. Superfast broadband enables an operator to propose managed services for connectivity, collaboration or security with high quality of service commitments.

It also enables the Industry 4.0 – marriage of the physical world with digital technologies such as IoT, Artificial Intelligence, data analytics – to become a reality and deliver its promises. This market, which covers numerous usages like intelligent industrial robotics or predictive maintenance, is estimated to reach over 150 billion dollars by 2020 (source: MarketsandMarkets).

Enterprises seeking to benefit from innovation, quality of service and reliability for their critical activities will therefore be prime targets.

Which services for consumers?

On the B2C side; options are numerous too but monetization may be a bigger challenge.

At first, it is essential to maximize the number of potential buyers or users in parallel with the launch of new services, by facilitating access to adequate equipment: smartphones, tablets or PCs. The availability of low-cost smartphones, from 30 USD, makes it possible for a vast majority to enjoy new services. It is partly thanks to this that the number of Internet users in Africa has grown over 20% between 2017 and 2018 (source: Hootsuite / we are social). There remain however many countries where penetration is below 50%. A catalogue of affordable equipment proposed alongside the superfast broadband offers will maximize adoption.

We have observed that, in countries where bandwidth was already high, the need for superfast broadband only emerges with the development of multi-screen viewing. In 2017, French households owned 5.5 screens on average; they were even 7.3 in the USA. In parallel, consumption of video through streaming, from providers such as Netflix or Showmax, has been steadily growing on all continents. In these situations, fiber or 4G do bring a much notable improvement in the comfort of use.  The future availability of 4K content, for example in the near future with the broadcasting of the 2018 FIFA World Cup matches, will also make the value of superfast broadband connectivity offers more visible.

Some targets, especially among the younger generations, will be more attracted and ready to pay for improvements in upload bandwidth: cloud storage, upload of photos or videos on social networks, as well as live video transmission, will be attractive promises. Online gamers will value the reduced latency. Superfast broadband is even enabling new gaming business models: the French startup Shadow has recently launched a cloud-based PC gaming offer in several European countries. According to Cisco, Internet gaming traffic will grow nearly tenfold from 2016 to 2021, and consumer Video-on-Demand (VoD) traffic will nearly double to represent in 2021 the equivalent of 7.2 billion DVDs per month.

Regarding public services, superfast broadband will enable to enrich e-education programs through the addition of video content. As for e-health, remote consultation booths can be equipped with more data-hungry equipment such as radiography or ultrasound machines. At Gitex 2017 in Dubai, researchers from King’s College London presented an innovation made possible by 5G: to restore a sense of touch to surgeons performing remote surgery through a robot.

All these improvements will help increase the number of remote diagnosis, to accelerate treatment and to improve the quality and coverage of care while optimizing costs.

Usages made possible by superfast broadband are only just beginning. The advent of new 4K content and of broadband-based innovations for enterprises and consumers alike will accelerate its adoption. It is nevertheless crucial that operators and governments take a proactive approach to defining and launching services to their customers in order to keep control over the monetization of their network, to move up the value chain and to differentiate their connectivity offer.