The challenges of digital inclusion 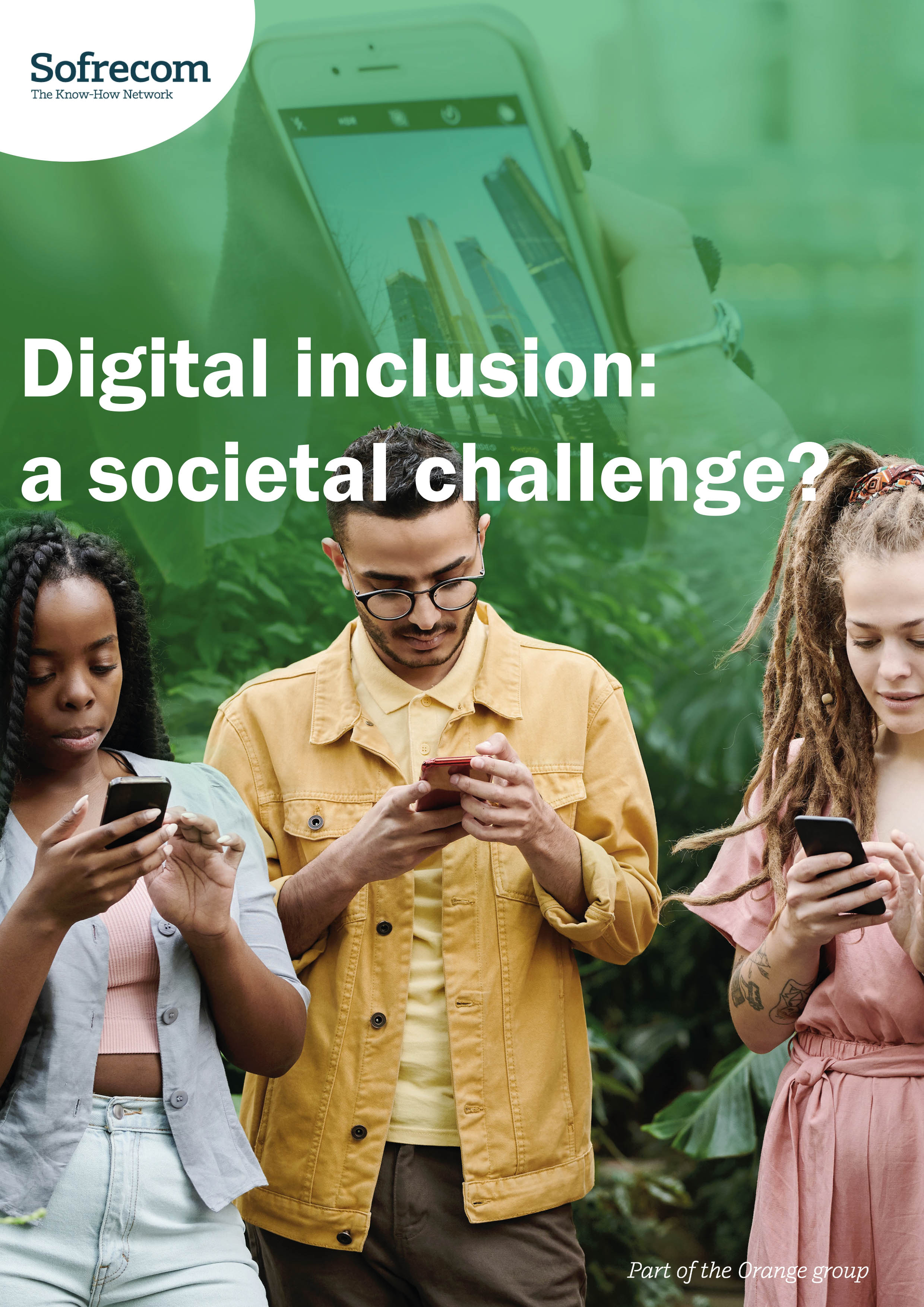 Digital inclusion, or e-inclusion, is a process that aims to make digital accessible to each individual and to impart to them the digital skills they need to make these tools a catalyst for their social and economic integration.

At the global level, nearly half of the population still does not have access to Internet services, with major disparities between countries and territories. The second challenge consists of fostering the emergence of services and conditions that enable digital technology to become a real factor for social, economic and civic inclusion, and not limiting efforts to the development of the use of social media, for example.

There still remains much to be done before digital services are accessible to all: Despite exponential growth over the last 4 years, considerable disparities persist: according to the ITU, nearly 87% of the inhabitants of developed countries were using the Internet in 2019, compared to 47% in developing countries. Other disparities also exist between cities and rural areas, between men and women, and between young people and older populations. This issue is too often reduced to questions of network coverage, without taking into account other potential obstacles: access tariffs, the price of smartphones, basic digital knowledge, or even literacy. However, while it is true that the coverage of rural areas remains a real challenge, even in the most developed countries, in the developing countries, the question of price is key.  For example, the “Alliance for Affordable Internet” deems that Internet access is reasonable when the price of 1Gbit of mobile Internet amounts to less than 2% of the average monthly income per inhabitant. In Africa, only 10 out of 45 countries reach this threshold, and the average across the continent is 7.1%. This financial divide can be bridged, and our article on page 6, about “Seven levers to make high-speed Internet accessible to everyone" details the ways in which it can be significantly reduced.

To be inclusive, digital must also enable access to services that improve people’s development and lives (education, health, public services, employment) and not be limited to leisure and entertainment

The development of mobile money in Africa, for instance, is seen as a real vehicle for banking on the continent. However, when we look at it more closely, the recent study carried out by GeoPill in Kenya, Tanzania, Uganda, Ghana, Nigeria, and Ivory Coast, surveying young people aged 18 to 35 shows, behind the 28% usage rate, that in all these countries, the main usage of mobile money is for online gaming (63%) ahead of internet and mobile payments (53%) and pay TV. The challenge for all the players involved, both local and international, is thus to develop an offer that is both sufficiently attractive to potential users and genuinely useful to these countries’ economic and social development. In achieving this aim, the work of operators, governments and donors will be key, as illustrated by our articles on page 9 “The role of governments in making mobile financial services a factor for financial inclusion”, and on page 13 “The Doing Business ranking argues for proactive digital policies to promote economic development”.

Lastly, certain prerequisites will need to be fulfilled if digital is to become a real factor for inclusion for all

The first is infrastructure quality: recent history has shown that some of the networks deployed are inoperative and do not enable development, whether for access or services. Telecommunications is a field that calls for expertise. The development of skills at the local level, both for infrastructures and for digital technology, will also be a necessity. Projects such as the Fibre School in Benin (page 11) or the Orange Digital Centers presented on page 18 are two complementary tools that aim to transfer skills efficiently and sustainably, and are also levers for the inclusion of women. Further key success factors such as the establishment of a government IS and a National Digital Identification System are just as necessary for the development of digital administrative services. Also to be taken into account are public data security and governance, so as to guarantee the confidentiality and cost management capabilities needed.

This White Paper proposes, through a number of concrete illustrations, the main keys to making digital a real factor for inclusion. When developed according to roadmaps that are both ambitious and realistic, as well as provide for coordination between all the players involved, digital can become a real accelerator for developing countries, both because of its ability to create jobs and wealth and its role in improving efficiency and reducing the operating costs of public services. It is also a major vector for the economic and political transparency appreciated by all investors.