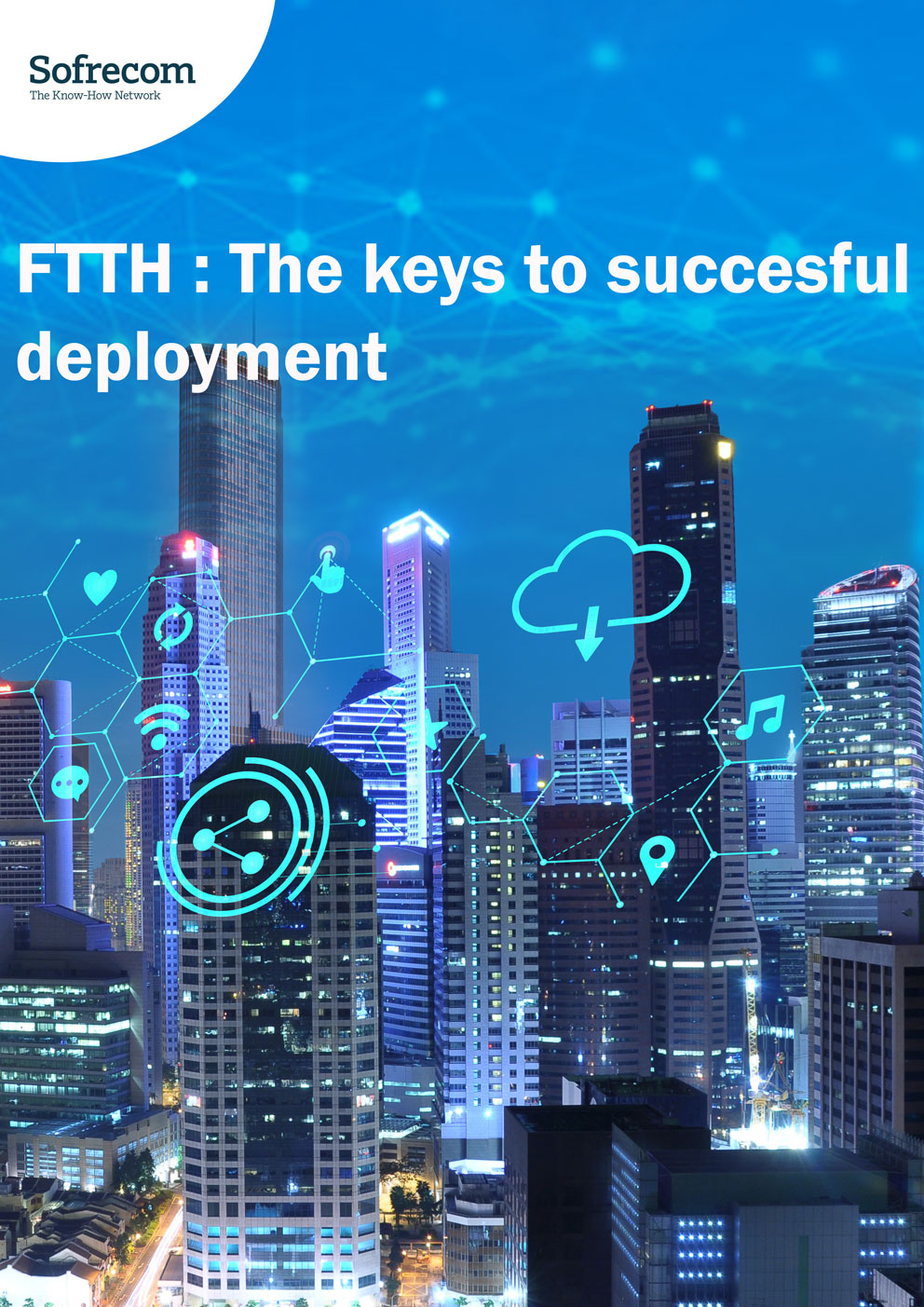 To deploy a very high fixed broadband (VHFB) is to lay part of the bedrock for a nation’s digital transformation. The complexity involved comes not only from the range and volume of skills that must be mobilized to guarantee success, but lies first and foremost in the necessary alignment of all the players, from industrial to operators and utilities, as manifested through a strategic plan.
Success requires continual efforts to optimize deployment costs, but also calls for an overall organization that guarantees the quality of each deployment, which will in turn ensure the sustainability of the infrastructures as well as keep the promise made to end users.

Deploying fixed broadband is first and foremost the project of a nation ready to embark on the path to digital transformation, with a sustainable and structured vision.
This vision concurrently weaves in considerations around the end customer, whether an individual, a company or anything in between, so that the infrastructure has meaning for the user, and factors stemming from the territory’s economic and demographic realities: which zones to prioritize, what place to give to the development of rural areas, etc. It is, in this sense, the outcome of a multi-sectoral strategic study to which the representatives of each field involved will have contributed, and sets out conclusions on the broad guidelines to be adopted.
Lastly, it is an ecosystem that needs to be mobilized with the common aim of making this complex multi-year plan a success: establishing the place of each network operator to ensure that the deployment fosters complementarity in the efforts contributed, angling local regulatory rules so that they both support the implementation of the plan and guarantee an appropriate competitive framework (pooling or marketing rules for example), fostering acceptance for the plan’s execution by urban planning players, all the while guaranteeing them the ability to further their own priorities.

The distinctive feature in implementing such a deployment plan probably lies in the diversity of the activities that need to be massively and coherently mobilized, through each phase of deployment.
During the upstream preparation phase, a careful study of the structure of the habitat will make it possible to inform the subsequent key stage: designing the network design to be deployed. This stage is all the more important as it entails essential dimensions such as the structural sizing for the network: the tree structure, the maximum volume of each pathway, etc.
As to the deployment itself, it calls to action the civil engineering trades, first, before turning to the rarer skills developed in the fiber businesses such as welding, and concludes with performance checks by end-to-end test teams. Earlier on, technical centers will have been set up, each the seat from which the FBB's active infrastructures are deployed.

The difficulty is nonetheless heightened by the sheer volume of players involved. It is often observed that, with national plan implementation, comes the creation of dedicated training systems that help secure the benefits expected from an FBB plan.

Financing an VHFB plan is necessarily a challenge given the costs which such often massive deployment entails. There can thus be no harm in guaranteeing optimization by appropriate methods.
The first step is to ensure that the design process actually integrates the financial dimension. The latest design tools calculate, for instance, the optimum length of fiber pathways and intermediate equipment such as coupling.
The second step comes with the civil engineering process and involves balancing reuse of the existing system components when it makes sense to do so with the implementation of specialized methods such as micro-slicing, the economic stakes being high.
It is estimated that the consistent application of best practices during the construction stage can result in 10% to 25% savings.
At the same time, it is important not to overlook quality in execution, which guarantees that the subsequent maintenance costs for the infrastructure in operation can be optimized.

Quality execution thus not only guarantees optimized operation for the end customer, but nails down the infrastructure's sustainability and thereby the success of the national plan that enacted and organized its creation.
Yet how can this quality be achieved when deployment is the result of a series of tasks that mobilize such different skills?
The answer lies in accepting the involvement of inspection bodies that will look to ascertain, during the construction work itself, full compliance with best practices and an appropriate design framework. This means, without a doubt, additional costs for a project that is already very capital-intensive; however, the 7% to 10% for which it accounts in total production costs can be considered an insurance policy that proves its value throughout the network's life.

And ultimately, stand behind the ambition

There is no denying that an VHFB deployment plan is a complex undertaking. Yet this should come as no surprise with a project that carries such implications for a nation: the transformation that will support digital uses is so structurally meaningful to the entire economic fabric that it justifies taking on this complexity.
And in the end, is it not a great adventure that helps unite the major political and economic players and leaves a lasting mark on the life of the nation?