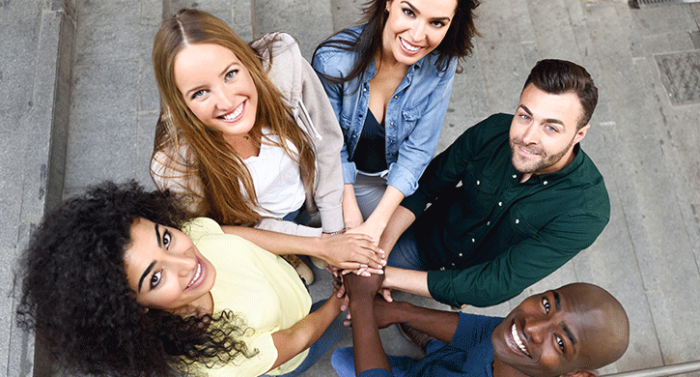 Professional equality is one of the foundations of our employer policy at Sofrecom Tunisia. It is reflected in a proactive policy to facilitate women’s access to the company’s various professions, particularly in technical areas. This label marks the culmination of all our efforts and reinforces our actions. It encourages us to pursue this policy of openness towards greater diversity and gender equality. 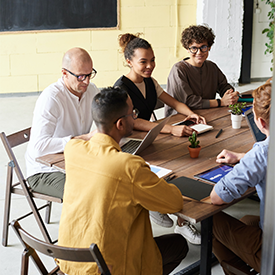 Sofrecom Tunisia has recently obtained the international certification Gender Equality and Diversity European and International Standard (GEEIS). This label on gender equality in the workplace was created in 2011 by the Arborus endowment fund, allowing the evaluation of human resources policies, based on a very precise reference framework.

The obtaining of this label follows the audit conducted by Bureau Veritas and reinforces Sofrecom Tunisia's policy in terms of professional equality.

Gender equality has been at the core of the strategy of Orange and its subsidiary Sofrecom for more than 15 years and is subject to a dedicated internal governance and policy. This policy is based on five pillars: gender diversity in all professions, access for women to positions of responsibility, equal pay, work-life balance, and the fight against sexism, harassment, and violence.

"Professional equality is one of the foundations of our employer policy at Sofrecom Tunisia. It is reflected in a proactive policy to facilitate women’s access to the company’s various professions, particularly in technical areas. This label marks the culmination of all our efforts and reinforces our actions. It encourages us to pursue this policy of openness towards greater diversity and gender equality.”

In fact, Sofrecom Tunisia has made professional gender equality a strategic pillar of its entity project and translates the CSR commitment of Sofrecom group in terms of diversity and inclusion.

Parity and diversity in technical professions

With a female representation of 54%, of which 90% are engineers, Sofrecom Tunisia has capitalized on its growth dynamics to maintain the parity in its teams. The percentage of women in management is 40%. 32% of the management committee is female. In addition, the company is committed to promoting female expertise and leadership through skills development and mentoring programs such as the "women in tech" program. These figures exceed the usual average in the technology sector, which is around 24% of women.

A common culture of equality and diversity

Beyond the feminization rate, Sofrecom Tunisia has obtained a very good score on the following criteria: training, awareness, and salary policy. Its plan to develop professional equality and promote HR and managerial practices and corporate culture for professional equality, was also praised in the audit.

With an average age of 32 years, Sofrecom Tunisia has placed the youth inclusion program and the work-study policy at the core of its strategy. The company welcomes about a hundred interns each year and multiplies partnerships to train young people in digital professions.

Another area of focus noted by the auditor was the work environment and the benefits granted to employees, such as staff transportation, a psychological support unit, and a guide to living together, all of which help achieve a work-life balance.

Commitment to the ecosystem is a continuation of the CSR strategy. Sofrecom Tunisia supports and assists the local ecosystem through dense and collaborative networks to meet the diversity of projects. The choice of partners among start-ups that share common values in terms of equality and diversity: female entrepreneurship, and social inclusion.

And a continuing action…

To improve its score and renew its label, Sofrecom Tunisia is now preparing the future with new actions and initiatives. This includes, for example, monitoring the impact of partnership programs in the follow-up of external recruitments with various national schools and universities.