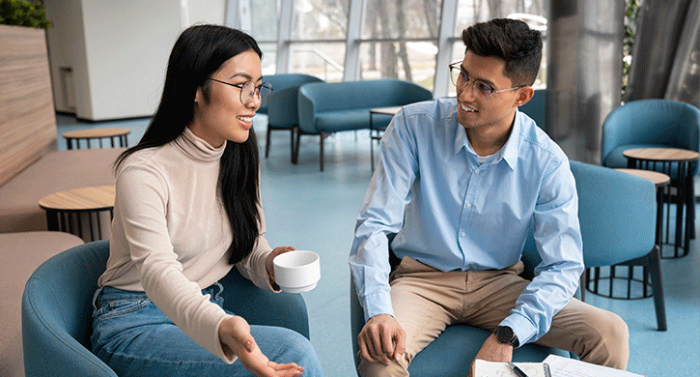 Drawing inspiration from agility to bring together business expertise and to bring people together engineering, deployment and operation in "teams". 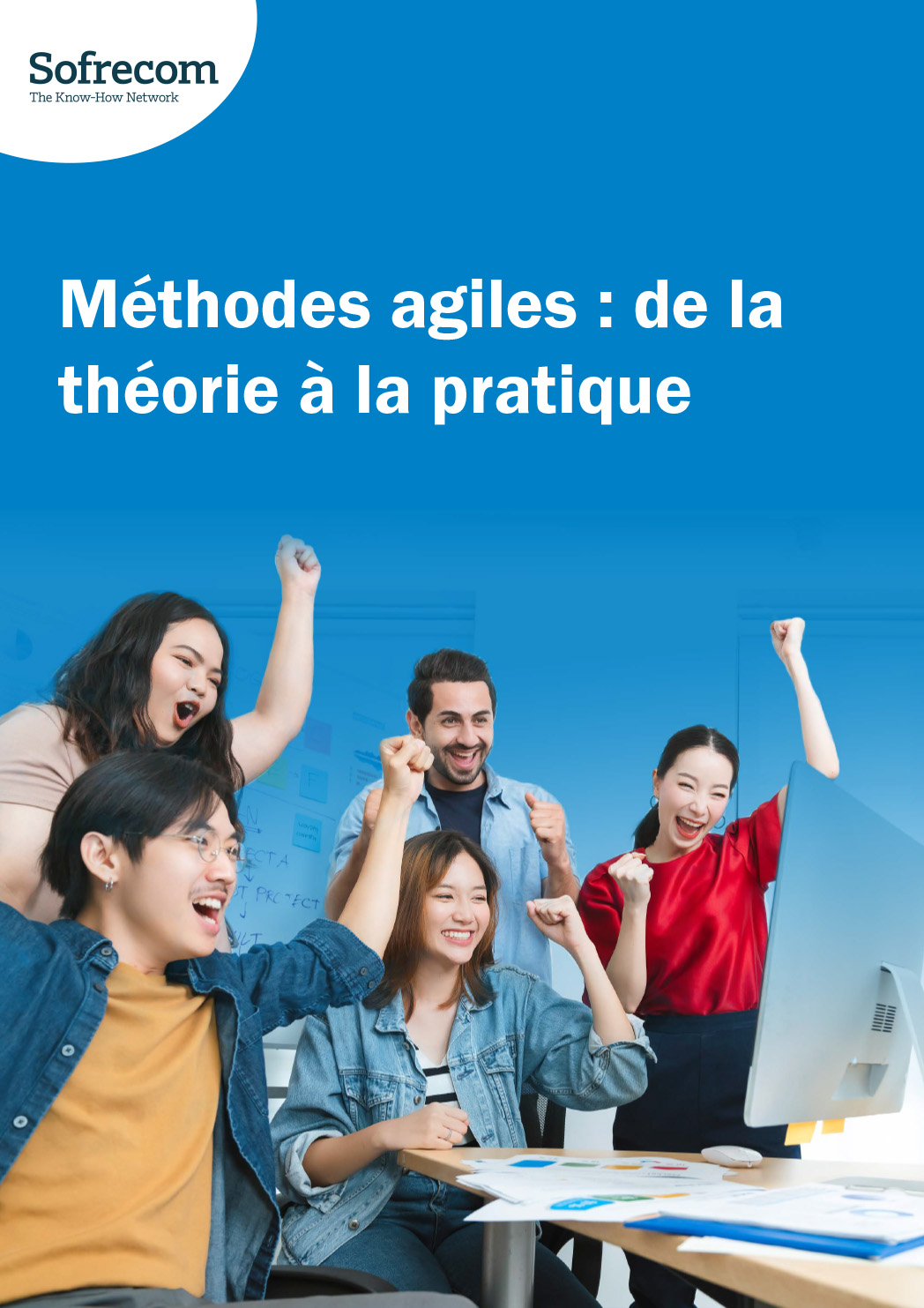 In 2019, Orange France's Infrastructure Department (now Cloud Platforms Department), anticipating the limits of its industrial organization to deploy "disruptive" technological solutions, is embarking on an experiment in agility. A learning approach adapted to the field of IT infrastructure in datacenters, careful support for the teams, strong mobilization of managers, and the care taken to ensure interoperability between the targeted perimeter and the teams of the "historical" organization were all factors in the success of this transformation.

What is the context of the activity and its challenges? How was it organized?

In the Cloud Platforms department, our missions are to ensure the delivery and run of active infrastructures to host in our datacenters the applications of the IS and service platforms of Orange France. Our customers are the entities that ensure the build of these services. We have two main challenges to address to meet their needs: QoS and TTM.

Originally, we were organized as a production factory in order to address large volumes of customer requests.

Whether for storage, servers or networks, the engineering teams were separate from the deployment teams, which were themselves separate from the operations teams, with a single team addressing a single business area (e.g., the deployment team for storage/backup). Therefore, the organization was very siloed with a precise RACI between the different teams. This processed and industrialized way of working was very effective for responding to "standard" requests but less suitable for "custom" solutions or new technological solutions requiring a mix of business expertise (e.g., storage/backup and server). In addition, "standard" requests were increasingly addressed through the Orange France Private Cloud solution, with the existing teams handling increasingly complex requests.

Moreover, the teams felt confined to the perimeter of their mission without being able to intervene in related actions that would have made sense in terms of optimization and that were within their reach in terms of skills.

How did you get into agility?

We had the intuition that agile approaches which are widely deployed among our customers on the service platforms and applications side, could bring benefits to our field of IT infrastructures in datacenters, particularly in terms of operational efficiency. Feedback from outside the Orange Group (Ubisoft in particular) that had implemented agility in a similar domain reinforced our conviction.

The choice was made to draw inspiration from agility to bring together business expertise and to bring together engineering (think), deployment and operations in "teams." This was done with a common "raison d'être" to better serve the customer based on a shared understanding of their needs and challenges.

This implementation was carried out first of all within the scope of new technological solutions under construction in the field of storage/backup (examples: The Back-up as a Service (BaaS) team and the File Service Storage (FSS) team).

What are the first projects undertaken to initiate the agile transformation?

The principle adopted was that the new agile teams were formed by mixing the think, build, and run businesses on the scope of emerging infrastructure solutions.

The participation of employees from the "historical" organization's teams was voluntary. This principle seemed important to us to ensure that they would adhere to the idea of working in a different way, and also because integration into the teams meant a two-day per week, "one-roof" meeting to build the team (and therefore travel when the one-roof was not on its site).

A lot of sense was given to the teams on the interest of going on this type of integrated team operation to tackle the new virtualized technologies and the evolution of the jobs associated with the introduction of devops, CI/CD chains and automation.

Communications were organized to make management aware of agility and the team's operating mode so that they could best support the employees involved. We started with a 2-day agility acculturation for all candidates, then the teams attached to agile trains followed Safe training. A coach also accompanied the launch of the teams during the first year (in particular on the staffing aspects and the setting up of rituals).

How did you get up to speed?

The on-board contributors had a specific time allocation for the team (up to 70%). Particular attention was paid to maintaining the link and communication with their initial team (e.g., sharing team news in team meetings by the contributor concerned).

The managers were mobilized to set an example by training themselves in agility and also by introducing agile practices in their facilitation (example: retrospective on the team meeting to co-construct a format and content corresponding to everyone's expectations).

On the production side, a synchronization was organized between the product managers of the "teams" and the managers of the historical perimeter. Indeed, the launch of a new technological solution by a "team" could have had a negative impact on customer requests for the old technologies. The first teams took about 6 months to reach a cruising speed, depending on the staffing time.

Can you describe the difficulties you encountered? And how were they overcome?

Difficulties were encountered in participating in trainings and acculturation. It was necessary to prioritize and dedicate time for this. The two days per week of travel to participate in the "one roof" may have also been a hindrance for some.

The initial distribution of roles within the team (in particular the pre-emption of techlead and PO positions by project manager or architect profiles on the build side) posed problems by sending an antagonistic message. On the one hand, each participant was invited to put his or her expertise at the service of the "team" on all types of contributions. On the other hand, certain roles were geared towards a certain type of profile. This problem was addressed by allowing a wider casting at the start of the teams. Some profiles on the run or deployment side were thus revealed in their new role as scrum master or PO. This even allowed some of them to revitalize their professional careers.

On the other hand, it quickly became apparent that the POs and scrum masters played a key role in ensuring team cohesion and that their casting was therefore critical.

On the management side, a difficulty arose for the end-of-year evaluation exercises. How to evaluate team participation? What individual objectives to set? How to ensure that this evaluation is fair in relation to that of other employees who do not participate in the teams? These questions were resolved by setting up a synchronization between the manager and the “team's” PO.

What were the contributions and lessons learned?

The team-based organization has proven its worth in building disruptive technological solutions while developing operational performance and the development of onboard employees.

The approach has also shown that it is important to select projects positioned on agility. Some projects, such as obsolescence management, are not suitable because agility does not add value to them. It was also noted that when the solution moved into the "lifecycle" phase, it was more efficient and economical to entrust it to the operations teams (contrary to the original intention of entrusting the entire lifecycle to the team).

Beyond the gains cited for the creation of new solutions in terms of efficiency and benefits for contributors, the evolution of mindsets by capillary action on the "historical" perimeters was a major contribution of the approach. The implementation of agility has led to a global evolution and in particular to greater flexibility and optimization of the entire "historical" organization in the service of its clients' challenges.

In 2021, the reorganization of the entire department into think-build-run product lines was largely based on the lessons learned from this agility experiment.

Written by Anne Boutroux, Head of the Network and Security Architecture Department, Sofrecom